They did great work about Victorian times,

finding out interesting facts and considering just how far these times were good or bad times to live in.

Here are some photos of our relatives who were in the RAF.

Want to be a history ambassador? 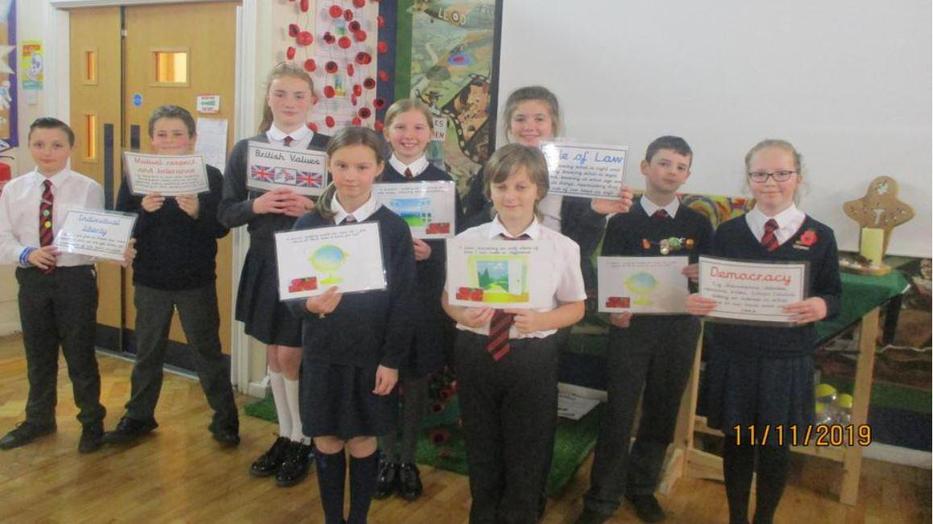 What does it involve?

It involves promoting history around the school.

It involves learning more and then sharing it.

Hand in an explanation in no more than 100 words of why you think you should be chosen for this role.  Explain what makes you stand out e.g. what you know or what you have done to do with these area.

This can be done as a poster if you like.

Catching up with a prize winner from just before lock down!

Do you love being creative? Here's your chance to explore stories from war time.

This could be a family story or one from a viewpoint we don't often hear.

See below for details 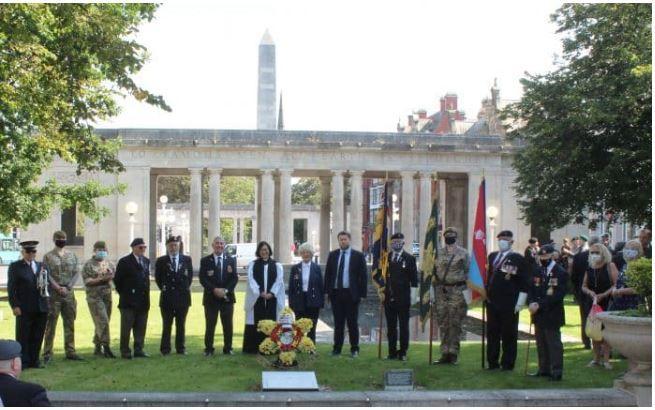 Find out more using the links below

If you have family members or friends who served in any of the conflicts since 1914 we'd encourage you to contribute to the remembrance wall run by the Commonwealth Graves Commission. See the link below 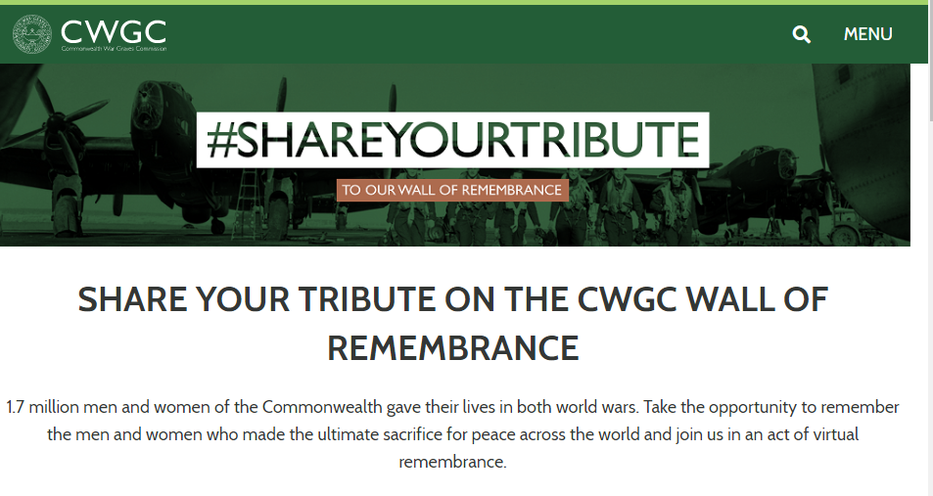 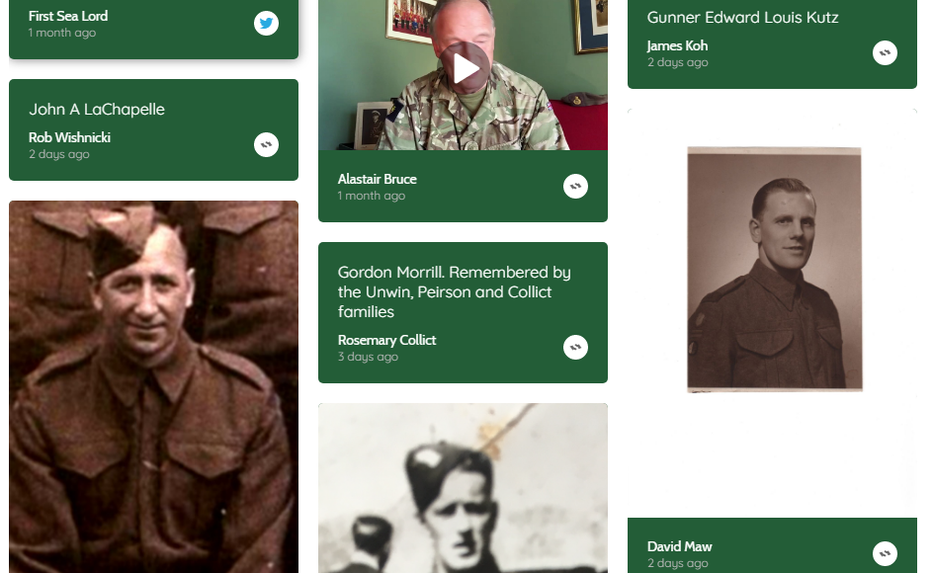 June 2020 is seeing a world wide movement using this title.

See below for links that help us learn more about the history behind this.

Our pupils have shared stories of some of their relatives

As we commemorate VE Day on its 75th anniversary, St Philip's staff have shared some of their family stories and photos. Make sure your volume is on so you can hear The White Cliffs of Dover as you watch.

These are fascinating and moving accounts from Emme and Sam

May 12th = 200 years since Florence Nightingale was born.

History is full of individuals who can inspire us and who have a lasting impact on how we live today.

Use the video below to find out more

Please continue to send photos to me. Thank you to those that already have - it has been great to see your relatives and read their amazing stories.

We want to do a children's relative's video too and we need more photos from you!

We also want photos of what you do today that you don't mind sharing to do a similar thing.

Friday 8th May is VE Day!

Thursday 7th is our history day to get ready for this.

See the link below to the online history lesson we'd like you to complete before you choose from the creative activities below to get ready for making Friday special.

There is a KS1 and KS2 version.

Years 5 and 6 should try the KS2 version but feel free to swap to the KS1 version and Years 3 and 4 should probably use the KS1 version... as we haven't been in school you haven't had any background to this.

Worksheets for the online lesson

Friday 8th May is VE Day!

We would like everyone to do something - if you possibly can - to mark this important date. 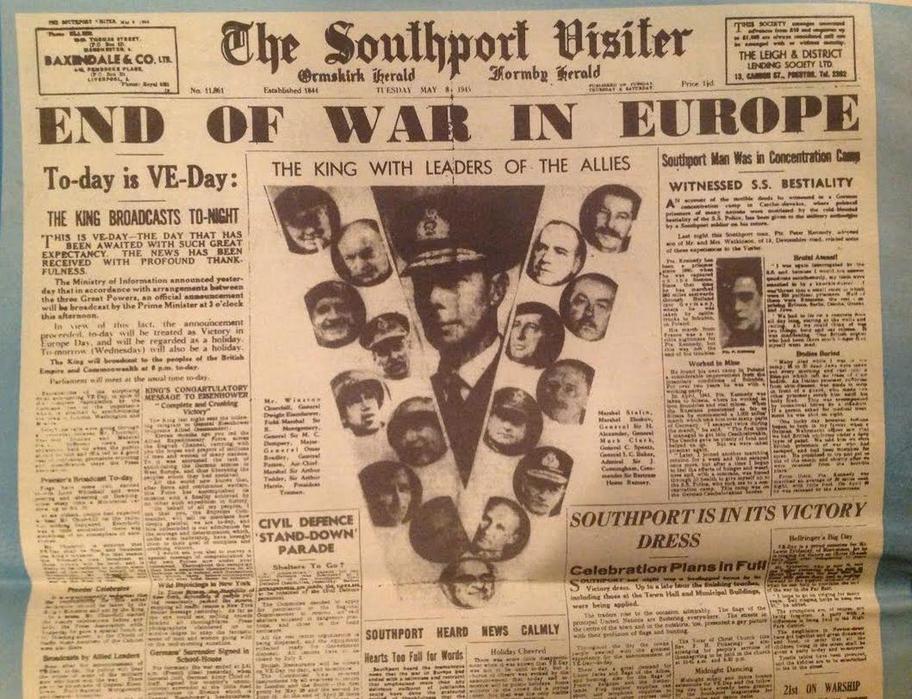 11am is a national silence in remembrance

3pm is a national thank you ‘toast’

We are being encouraged to have our own at home parties 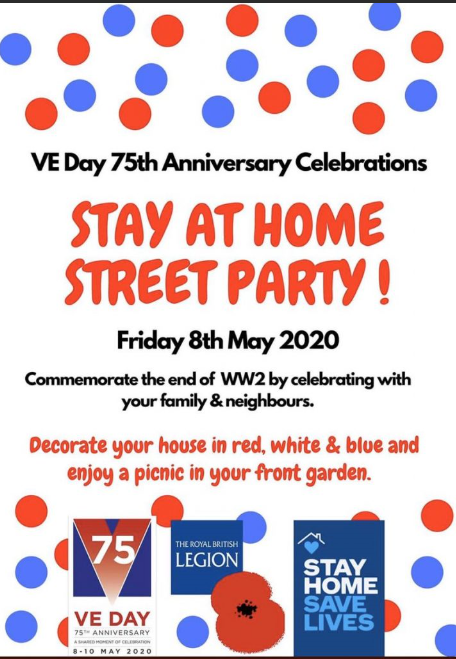 To learn and sing along with We’ll Meet Again

Design a peace logo or decoration to put in your window? 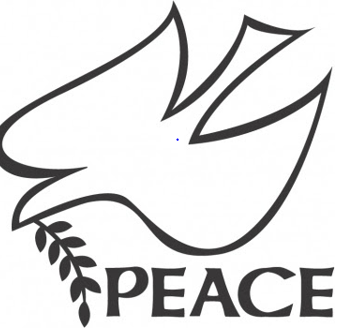 Write a poem? Record a song?

Bake a cake? Decorate a cake?

INTERVIEW an older relative who remembers the war?

See below for more about Southport's VE Day in 1945

Five years ago The Southport Visiter gave this explanation

Tuesday, May 8, 1945 was a warm day, and crowds were out everywhere. At 9pm a speech by the King was broadcast and it seemed people everywhere wanted to listen to it at outside venues rather than inside their own homes.

The Southport Visiter published that day led with the headline ‘End Of The War In Europe’ with the subhead ‘To-day is VE-Day: The King Broadcasts Tonight’.

The ‘paper said: “This is VE-Day - the day that has been awaited with such great expectancy. The news has been received with profound thankfulness.”

The Southport Visiter suspended publication of the Thursday edition to give its staff the preceding days off.

People had been busy preparing for the festivities.

The Visiter said: “Up to a late hour the finishing touches, including those at the Town Hall and the Municipal Buildings, were being applied.

“The traders rose to the occasion admirably. The flags of the principal United Nations were fluttering everywhere.

“The streets in the centre of the town and in the outskirts too presented a gay picture with their profusion of flags and bunting.”

Midnight music and dance licence extensions were granted. The Southport Special Constabulary Band played in the Floral Hall Gardens and in the Municipal Gardens on Lord Street.

There was non-stop dancing in Cambridge Hall on VE Night and the following night led by Billy Bevan’s and the Southport and Birkdale Postal Military bands.

Please send photos of any relatives you have who took part in any way during World War Two.

They don't have to have been soldiers or pilots.  They might have been children during the war. You can send photos of them from then or ones showing what they look like now. Even better if you can include a sentence about where they were and what they did.

Here are some of my family photos.

My Mum was at school when the war started. The 'new normal' for them meant rationing and blackouts but much of life carried on as normal. She went on walks in the Peak District with her school and played tennis with her friends. She did a degree at the local university. You can see her graduation photo below. She became a teacher and went a long way from home to teach in a school in Devon where they were desperate for teachers because the men had gone to fight in the war. She was just 21. Most people did not have phones then and her family waited anxiously to hear by letter that she got there safely.  She loved her time there and kept in touch with her 'old scholars' until she died.

You can see my dad in the photo with the shire horses. He was a farmer which was a 'reserved profession' (key worker) so he did not have to join the army. He was a sheep and dairy farmer and did not usually do any ploughing. He is ploughing in the photo because farms were asked to grow food as well.

My uncle trained to be a pilot and took part in Operation Manna exactly 75 years ago this week. This involved dropping food from planes to help feed people in Belgium and The Netherlands.

My aunt was at school for most of the war. In the photo she is wearing a brooch to show that her brother was in the RAF

Here's some history about what VE Day is all about ...it is from The Historical Association

Watch our Queen as a mechanic during the war 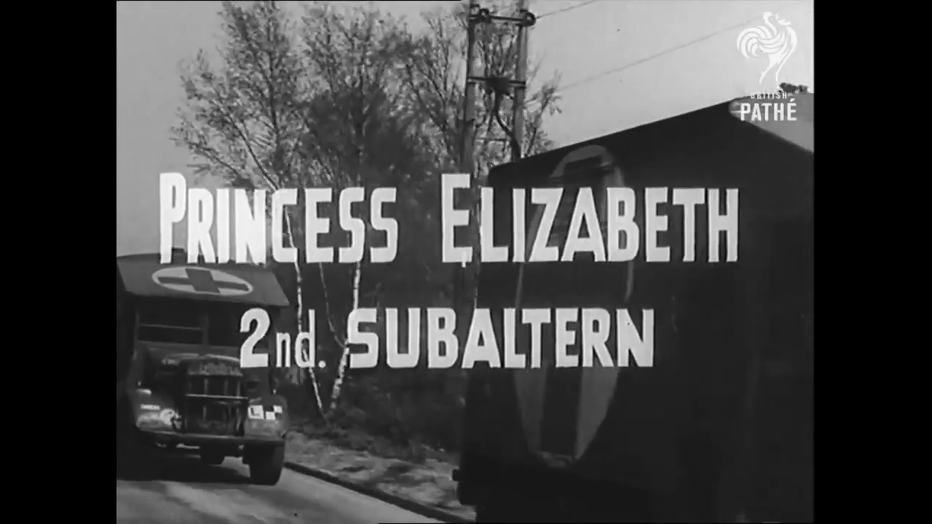 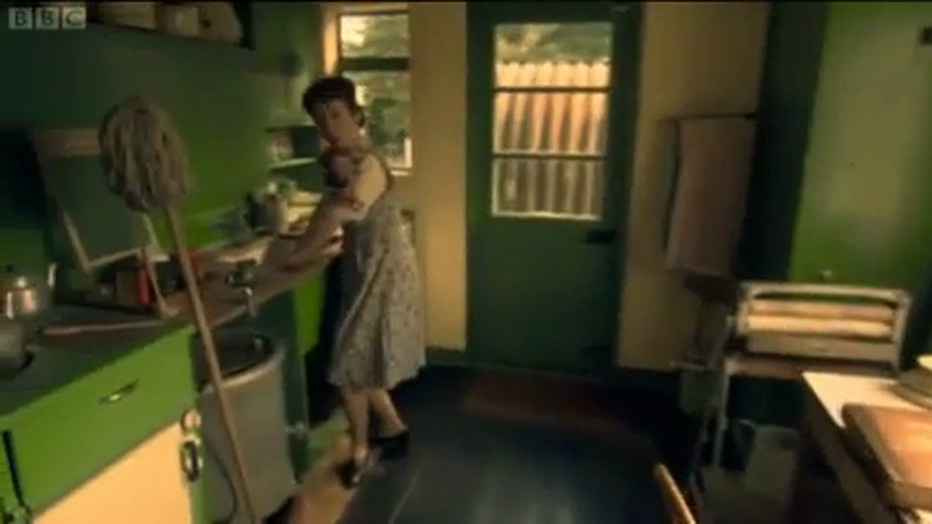 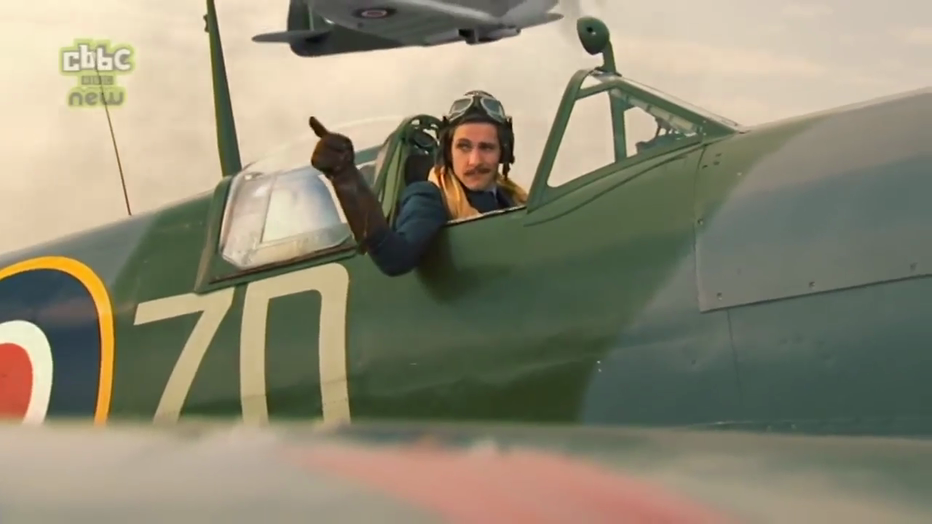 Lots of ideas for activities from Twinkl