Last week were were looking at animals from around the world and you were learning new vocabulary for names and their gender.

This week, we are looking at the continents from which the animals come from.

De quel continent viennent-ils? (Which continent are they from?)

De quel continent viennent-ils? Which continent are they from?

Le lion est de l’Afrique. The lion is from Africa.

Le zèbre est de l’Afrique. The zebra is from Africa.

After you have learned how to say which continent the animals are from, You will be replacing the noun with a pronouns.

The pronouns you will be using are il and elle masculine and feminine forms of it, depending on the gender of the noun.

The majority of these animals are masculine.

There is also a matching game for you to have a go at.

Which Continent Is It From>

We have been looking at the countries and continents around the world in French over the last few weeks. This week, we are looking at the different animals that live all over the world. Many of these we can only see if we visit a zoo.

The majority of animal names are masculine in French eg.

un ours polaire = a polar bear

The only feminine animal you will meet today is;

Watch the PowerPoint and complete the Activity sheet

Animals Around The World

Today we will be looking at the continents of the world in French.

Do you remember the fact, from a few weeks ago, that all continents are feminine in French?

Combien y-a-t-il de continents? = How many continents are there?

To say a country is in a continent, in French we say 'en'.

As they are all feminine, this does not change.

If the name of the country is plural, we say sont en rather than est en 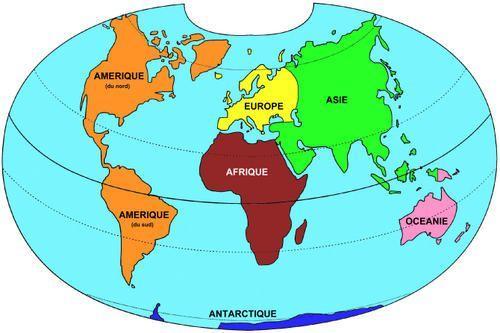 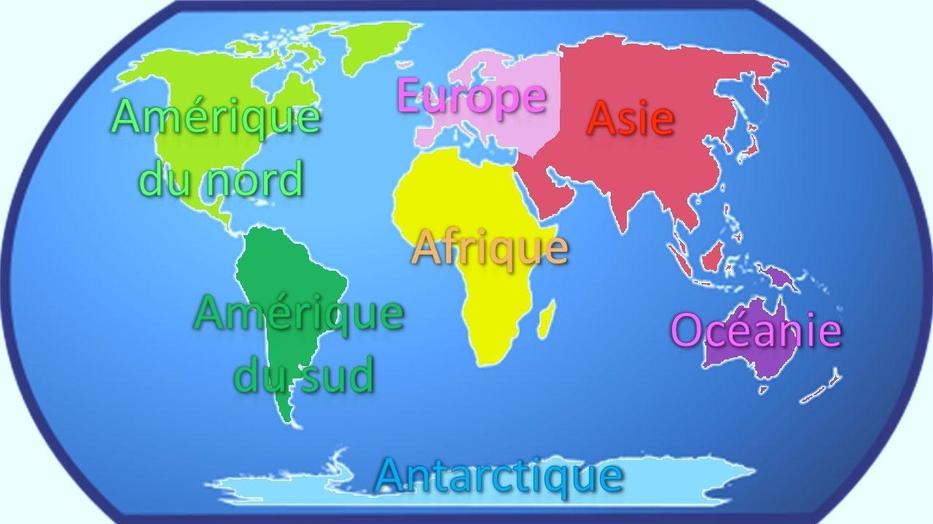 Last week you were learning about some of the different countries in the world where French was the official language.

Can you remember how many countries there were?

Can you remember which continent had the most French speaking countries?

This week we are looking at the equator- the imaginary line that runs around the middle of the earth, equal distance from the Artic and the Antartic.

You will be using a bilingual French/English dictionary or online translator to find out the names of countries in French and an Atlas to locate countries.

You will be revisiting some vocabulary you have already learned;

Watch the Powerpoint and then have a go at one of the activity sheets. I have added a standard challenge and a more challenging one.

Countries In Relation to The Equator 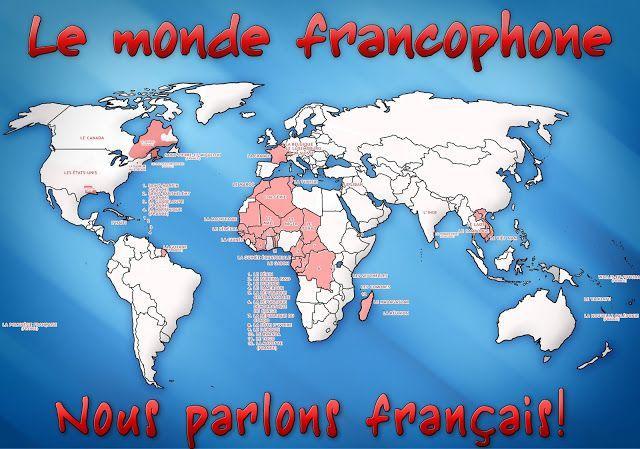 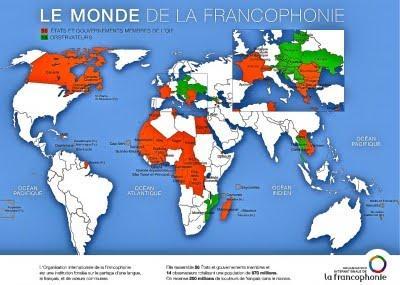 French is the main language spoken in many countries around the world. In fact, it is the official language of 29 countries other than France!

This week we will be looking at some of them and learning which countries are feminine nouns and which are masculine nouns.

On parle français = they speak French.

On parle français en France = They speak French in France.

If a country is feminine, then you say en

If a country is masculine, then you say au

If a country is an island, then you say à

Did you enjoy finding street names in Paris on Google maps?

Now you know how to say your address, we are going to look at where we are in the world. A geography lesson in French

We will be looking at the countries that make up the United Kingdom and the vocabulary for this in French. We now say we live in The British Isles but they still call us The United Kingdom in France.

I hope you all had a wonderful half-term break in the lovely sunshine.

This week we are looking at how to ask someone where they live and how to answer. I would like you to have a go at using Google maps if you can to explore the streets of Paris, looking at houses and their addresses.

Remember, in French all  possessive pronouns (my, your, his, her, their) agree with the noun not the gender of the person speaking. House is feminine so it is 'ma maison' (my house) no matter who is saying it. As address is masculine, it is 'mon adresse' (my address) and 'ton adresse' (your address).

Do have fun investigating French streets and drawing me a French home.

This week we are looking at a school timetable, which lessons are on which day and at what time.

Your focus is to use the words avant (before) and après (after) in your sentences.

Art is after English.

There are two activity sheets; one is more challenging than the other.

**Please note that la journée has an acute accent over the first e but I could not add this in the titles.**

You can print it out, type onto the document or write the sentences in a book if you are using one.

Look at previous PowerPoints to remind you how they say the time in French as well as looking at this week's.

Today you are going to be looking at the times of different television programmes in French. Then you will be answering questions relating to which programme is showing at which time.

Today we are looking at the times during the day. Which activities you do at certain times of the day. You are going to create a diary of what you do. You do not have to use the boklet, you can just write out each activity and the time you do it or type it up.

This half-term we are going to be looking at telling the time in French.

This will be good revision of yournumbers too.

It is Wednesday again already.

Once you have watched the PowerPoint I have made for you, please look at the I Can Do... sheet and think about what you can do from the list. You will be able to do a lot more than you first think...you do in class.

Next, please complete the assessment worksheet for me. there is not a lot to do. You can type straight on to the worksheet and email it back to me.

I look forward to receiving your work.

I hope you are enjoying your home learning tasks and especially your daily workouts. We want you to still have fun, even while we are all apart.

I will add a PowerPoint to help you with your French whenever possible and written activities. However, it is important to continue to focus on the speaking as well as the writing.

Any problems, just log onto Google Translate or ask if your parents have a French dictionary.

I am currently trying to set up passwords for you to access some French interactive games which you should be able to access from home.

Remember, you don't have to wait for Wednesday to speak French. Use it daily where possible.

Ça va? Trés bien merci and Bonjour! or Salut! All those lovely greatings you have learned!

When is your birthday?