Welcome to our PE and Sports page.

Meet our Bronze Ambassadors for Sport 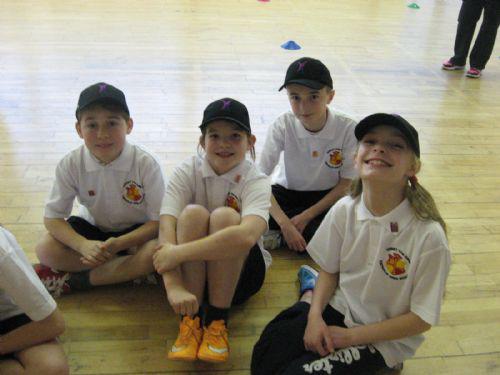 Poppy, Robert, Edward and Molly are our 'Bronze Ambassadors'.  They have recently been on some training to help promote sport in our school and work with the younger children.

Year 1 and 2 had a brilliant afternoon, at Christ the King High School, participating in a range of fun sporting activities.  Some of us even came home with a medal and we all received a special Christ the King stamp for our effort! It was great to see some of our past pupils leading the activities. 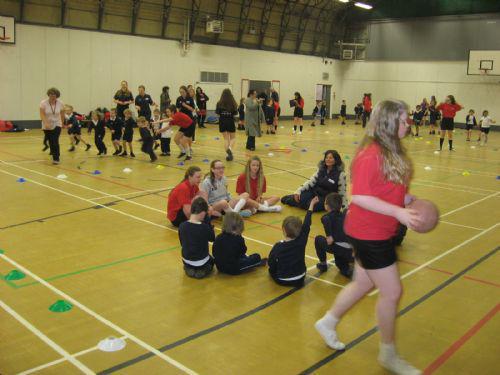 Year 3 had an afternoon of fun sporting activities, at Christ the King High School.  These were again led by their fantastic Sports Leaders. 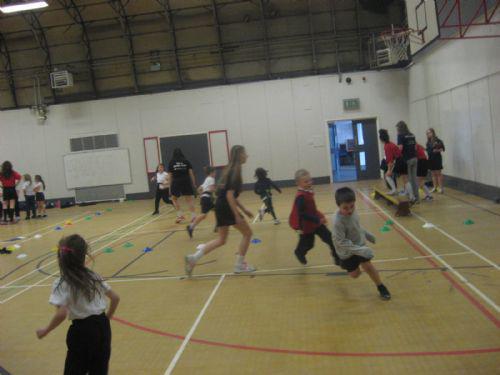 We all had a fantastic time at our Bike it Breakfast!  Thank you to all those that attended and came on their bike or scooter! 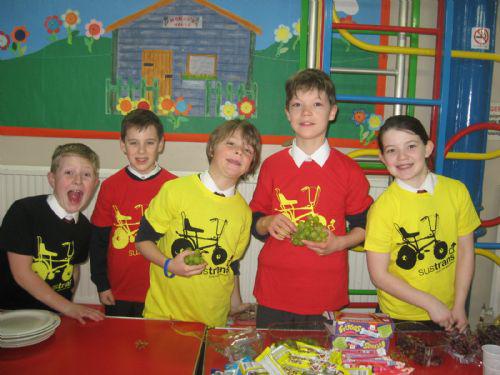 Last week our Bronze Ambassadors met Commonwealth boxer, Courtney Fry.  He carried out activities at Christ the King to help teach the six steps to success in sport.  The Ambassadors will now try to pass the message on to others in school. 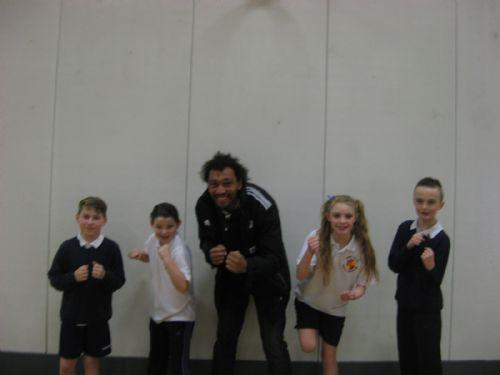 Year 3 took part in a football tournament at Stanley High School yesterday.  They were in a very tough group but they remained positive and had an enjoyable afternoon!!!  Well done! 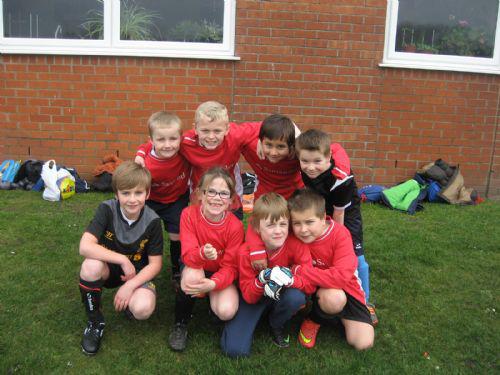 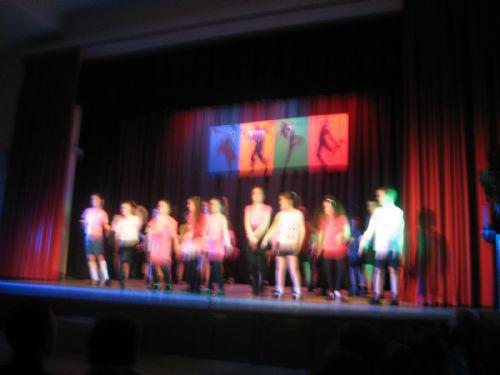 Our Year 5 and 6 Tag Rugby Team had a fantastic afternoon at Southport Rugby Club this afternoon.  They came third place out of 16 other Southport Primary Schools!  They all showed great skill and were super sports!!!!!!

Well done to the Football team who won the league and came runners up in the Loveridge Cup!!!! 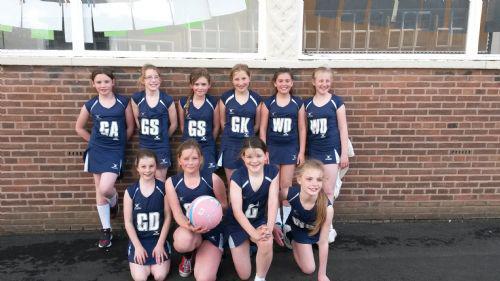 Our Netball team finished third in the league this year!  The team have worked hard all year and have been great sports! They finished the season at the annual netball tournament, where they won one game and lost two.  Well don girls!!!
19 year 5 and 6 children took part in the Southport Waterloo one mile run last night!  They all showed courage and determination and all finished the run!  We are proud to tell you they won the 'Best Sports' trophy for their effort and encouragement they showed each other.  Well done everyone!!!
Well done to Grace who won the year 5 girls race! 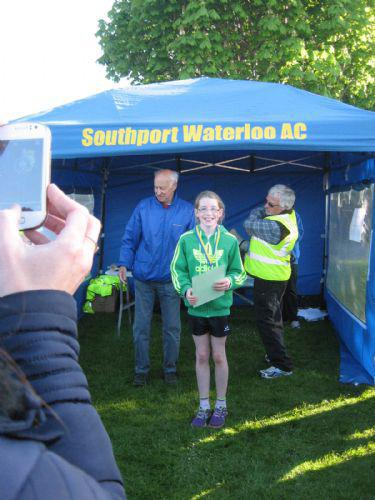 Another fabulous evening at the Stanley Cross Country!  31 children from the school competed and all did brilliantly. Grace, Elisa and Emily came home with medals!!! 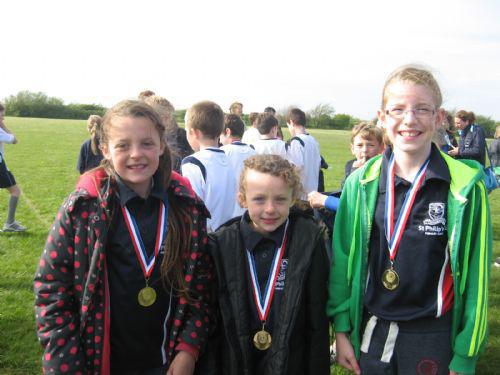 This week, a team from Year 6 competed in a basketball tournament, at Christ the King High School.  It was a tough competition and we ended up coming  third out of four schools.  The team showed great skill and were all super sports!!! 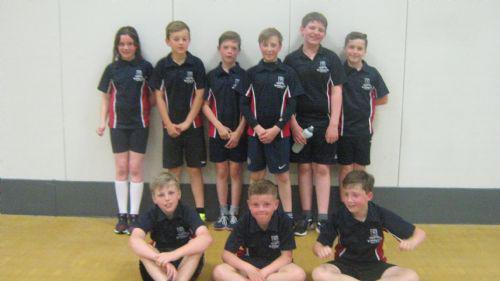 Year 3/4 had a great time at their Tag Rugby competition this morning.  A great team effort from everyone! 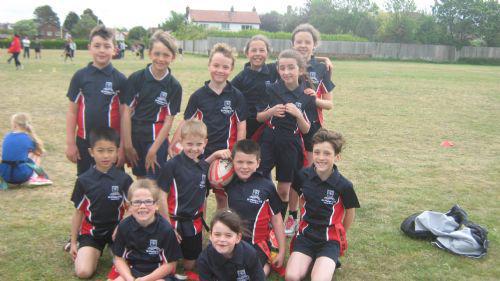 The infants had a great afternoon at Meols Cop Sports field this afternoon.  They all took part in our seaside themed sports day.  Well done to all the children that took part!

This afternoon, the Junior children all enjoyed our 'Sports day'.  Blundell were our overall winners.  Well done to everyone that took part!!! 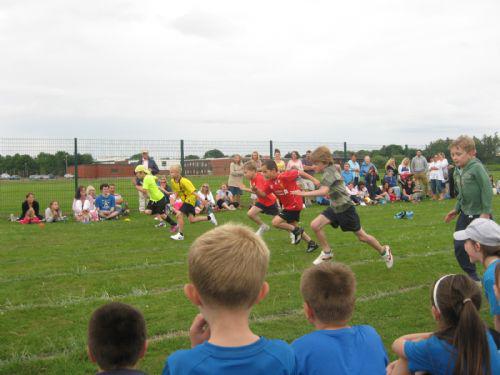 Year 1 performed 'The Little Mermaid' in Wayfarers arcade yesterday.  We are very proud of their amazing performance! 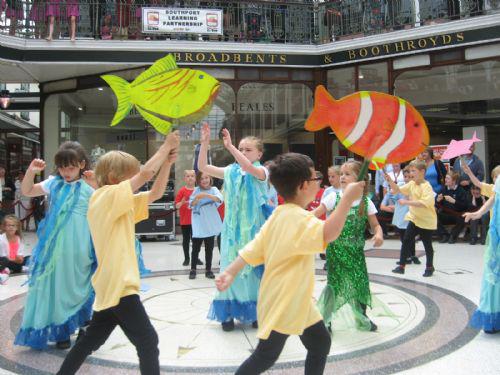 The Netball season got off to a great start, at home against Holy Trinity Primary School.  Great team work resulted in an 8-3 victory.  Well done girls!!! 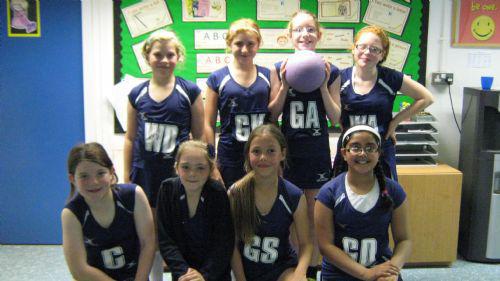 Our Year 5 boys football team, played bravely, in a tournament at Stanley High School.  Despite the weather and a tough pool, all boys played to the best of their ability.  Well done boys! 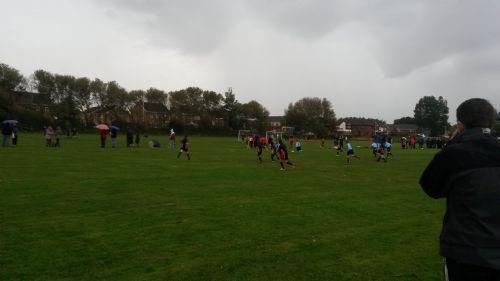 Children from Years 3 and 4 had a brilliant afternoon playing Tag Rugby, at KGV, this afternoon.  The World Cup themed event, lead by their students, was a great success.  We were representing South Africa and for some children it was their first Tag Rugby game.

Year 5 and 6 girls attended a football tournament at Stanley High School.  After winning two games and drawing one they were winners of their group!  They unfortunately lost 1-0 in the semi finals.  What an exciting tournament.  Well done! 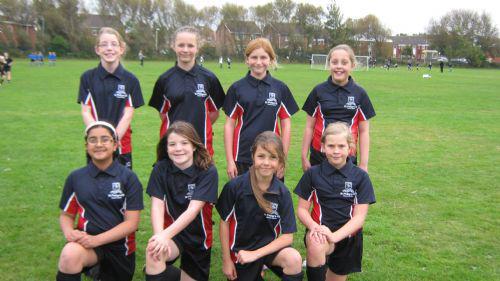 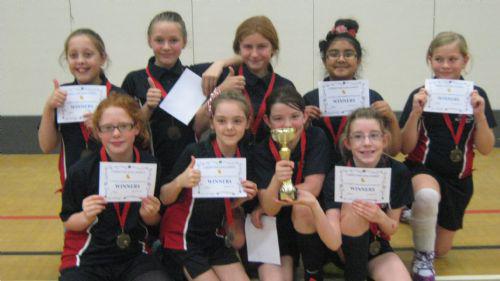 Year 3 had a great afternoon at Christ the King taking part in a dance workshop with other local primary schools.  They came back with a trophy for 'Best Street Dance Performance'!!!

A group of Year 5 and 6 children went to Christ the King High School this evening for a basketball tournament.  They performed brilliantly and won the competition.  Well done! 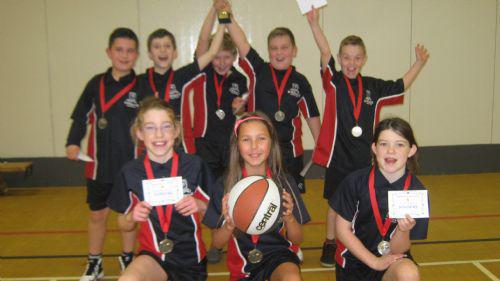 Year 2 had fun at a 5-a-side football tournament, at Stanley High school tonight.  They were drawn in a tough pool but still managed to win one of their matches!  Well done!!!

Year 5 and 6 attended a 5-a-side football tournament at Stanley High School.  They showed courage and determination in some very tough matches!

Our new Bronze Ambassadors had the first part of their training today.  They have already shown great commitment in their important roles!  They will now work alongside Molly and Edward to promote sport in our school.
Well done Jasmine, Summer, Tristan and Tommy. 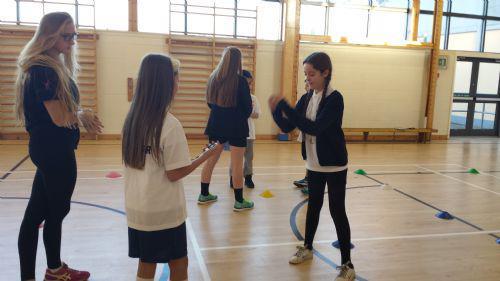 Year 1 and 2 enjoyed an afternoon at Christ the King.  They took part in lots of fun sporting activities lead by their sports leaders. 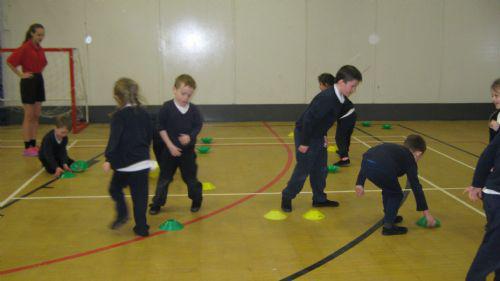 Our Bronze Ambassadors in action on the infant playground at lunchtime.  Year 2 are certainly enjoying the challenges!

Year 3 had lots of fun at the Stanley 5 a side tournament.  They managed to win two of their games.  There were some great goals scored and fantastic teamwork! 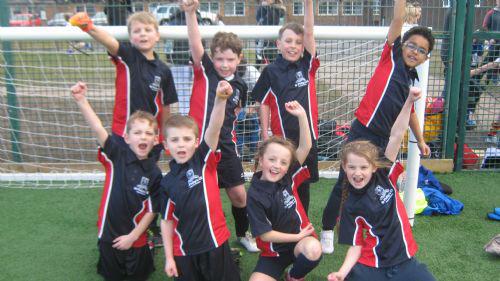 Year 4 dancers performed their fantastic 'Relight My Fire' dance to a delighted audience on Wednesday and Thursday night, at the Meols Cop Dance Festival.  They were voted the best primary school of the festival. 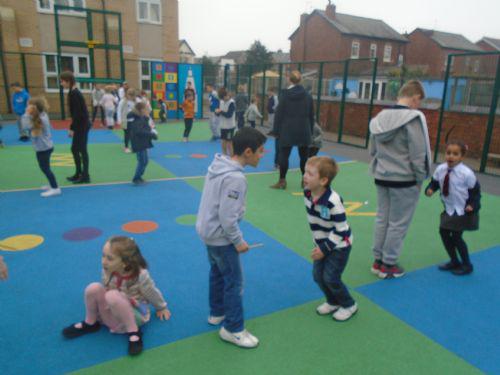 Children in Year 5 and 6 took part in the annual, small school, swimming gala.  They all performed fantastically and we came in third out of seven schools.  Well done to all our swimmers! 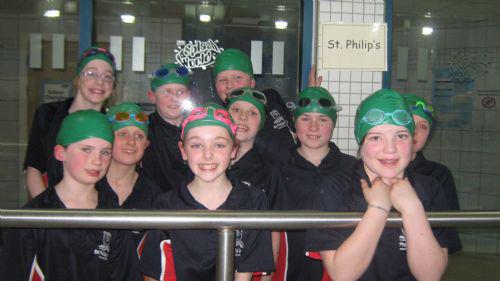 Today, our Bronze Ambassadors spent the morning at Christ the King for a follow up training session.  This was lead by British skateboarding champion, Neil Danns.  They completed a number of challenges that encouraged teamwork and commitment.  They finished the session by having a go on a scooter or a skateboard!

Our Year 5 and 6 Tag Rugby team played brilliantly at their Tag Rugby Tournament.  Out of 20 schools they came 4th!  Well done everyone! 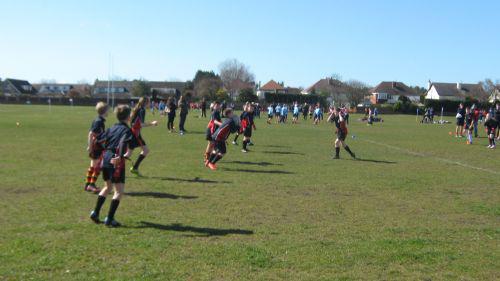